Tuesday I spent mostly at the Free as in Freedom miniconf, where I saw Arthur Sale’s talk on Open Access journals (where he outlined the changes that need to occur in the research publishing industry in order to support research in the online age), Jeff Waugh’s talk “We are the Translators”, which drew some enlightening parallels between Gutenberg, early Protestants (who translated the bible into modern languages, much to the disgust of the Catholic church) and the modern Free Software movement. 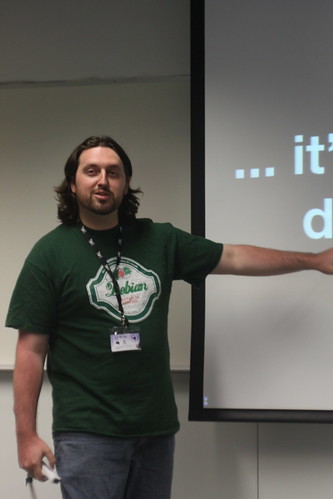 The final talk of the day was presented by Rusty, which essentially consisted of a fantastic 25-minute rant against modern IP law. The talk was passionate, interesting, and featured an interpretive dance about the dangers of software patents. I think that just about sums the talk up. Here I also met Paul Fenwick (developer of Autodie, the library that makes perl behave sanely in the face of errors); to my horror, many of my friends, who were sitting in the same general area as me hadn’t seen Paul’s lightning talk from 2008, so I took the opportunity to show them — it’s still as fresh and witty as it was last year and if you haven’t seen it I urge you to again. At the conclusion of FIAF, we played Freedom Bingo, which although running for the first time ever, went pretty well — I (as the last person to win a prize) secured a copy of Girl Talk’s album, which I’ll listen to sometime in the nearish future. 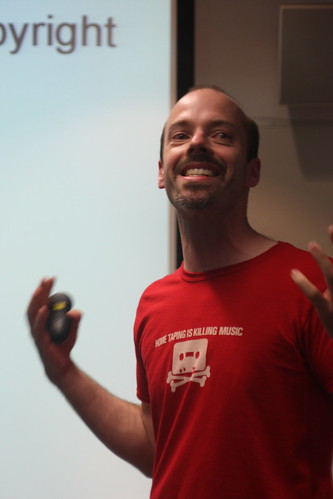 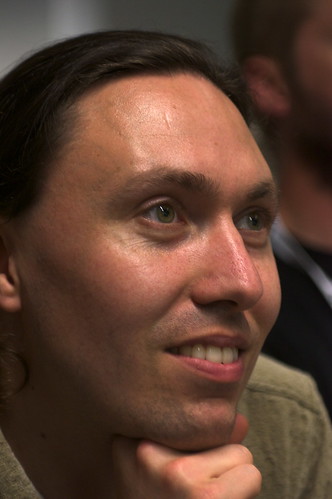 Outside the conference proper, I went with some fellow student (and one professional) delegates to Da Angelo’s in Battery Point. Needless to say, it went down a treat (I was thanking my luck that we managed to get a table there at such short notice) — everyone was really happy with their meal, and other than that, the company was excellent, and was all-in-all a pretty good night.