… When you’re completely distracted by all manner of things! So, as promised, here are a bunch of pretty photos of the things that I’ve done whilst here: 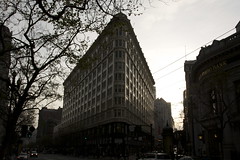 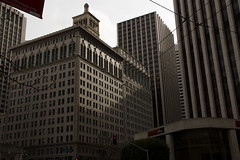 Wandered around San Francisco, looking at the awesome architecture… 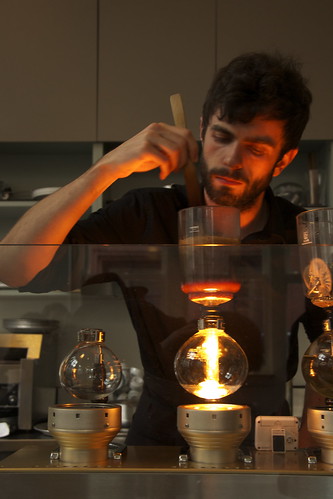 Had fantastic coffee, brewed with SCIENCE^w SIPHONS! (Thanks to @bluebottlemint for that…) 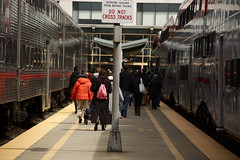 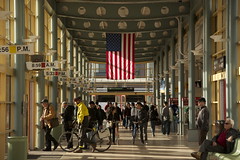 Caught the Caltrain between San Francisco and Mountain View far too many times. 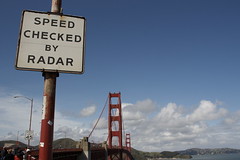 Visited clichéd tourist attractions (actually, the bridge is pretty spectacular, and I’m very glad I went to have a look at it!)…

Other things not featuring photos:

Since then I’ve been based in the lovely city of Mountain View, which appears to be the epicentre of much of the tech industry — it’s home to such notable companies as Mozilla and Google, and the coffee shops are full to the brim with people sporting laptops… and there’s ubiquitous free wireless internet provided thanks to Google. I’m spending a lot of my time at Red Rock Coffee, who I’m eternally grateful for, as they helped me to discover that the variety of espresso drink known as “Caffe Latte” in Australia is known as “Cappucino” over here [1]. They have an OK rotation of single origin espressi here, though they taste a bit over-roasted at times… it beats the crap out of everything else in the area though… 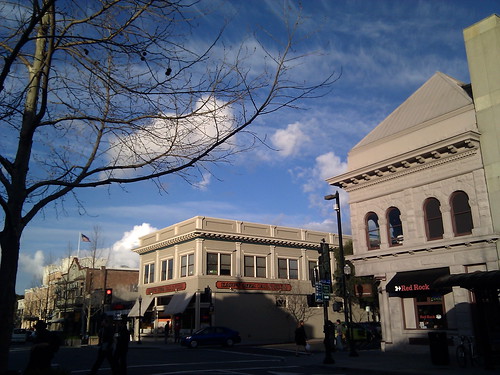 Downtown Mountain View, including Red Rock (on the right of the shot).

So that’s the short wrap-up of what I’ve been doing of lately. Hopefully I’ll have some more to report on in the next week or so. Or earlier. I’ve no idea.

Oh, and thanks to Paris Buttfield-Addison for showing me around the area, and also to Jon Manning, who occasionally emerged whenever Paris would let him 😉

[1] Ordering a “Latte” here appears to get you three weak flat whites served in a bucket.