Yesterday at linux.conf.au 2016 in Geelong, I had the privilege of being able to introduce our plans for linux.conf.au 2017, which my team and I are bringing to Hobart next year. We’ll be sharing more with you over the coming weeks and months, but until then, here’s some stuff you might like to know:

We’re hosting at the Wrest Point Convention Centre. I was involved in the organisation of PyCon Australia 2012 and 2013, which used Wrest Point, and I’m very confident that they deeply understand the needs of our community. Working out of a Convention Centre will reduce the amount of work we need to do as a team to organise the main part of the conference, and will let us focus on delivering an even better social programme for you.

We’ll have preferred rates at the adjoining hotels, which we’ll make available to attendees closer to the conference. We will also have the University of Tasmania apartments available, if you’d rather stay at somewhere more affordable. The apartments are modern, have great common spaces, and were super-popular back when lca2009 was in Hobart.

Our theme for linux.conf.au 2017 is The Future of Open Source. LCA has a long history as a place where people come to learn from people who actually build the world of Free and Open Source Software. We want to encourage presenters to share with us where we think their projects are heading over the coming years. These thoughts could be deeply technical: presenting emerging Open Source technology, or features of existing projects that are about to become part of every sysadmin’s toolbox.

Thinking about the future, though, also means thinking about where our community is going. Open Source has become massively successful in much of the world, but is this success making us become complacent in other areas? Are we working to meet the needs of end-users? How can we make sure we don’t completely miss the boat on Mobile platforms? LCA gets the best minds in Free Software to gather every year. Next year, we’ll be using that opportunity to help see where our world is heading. 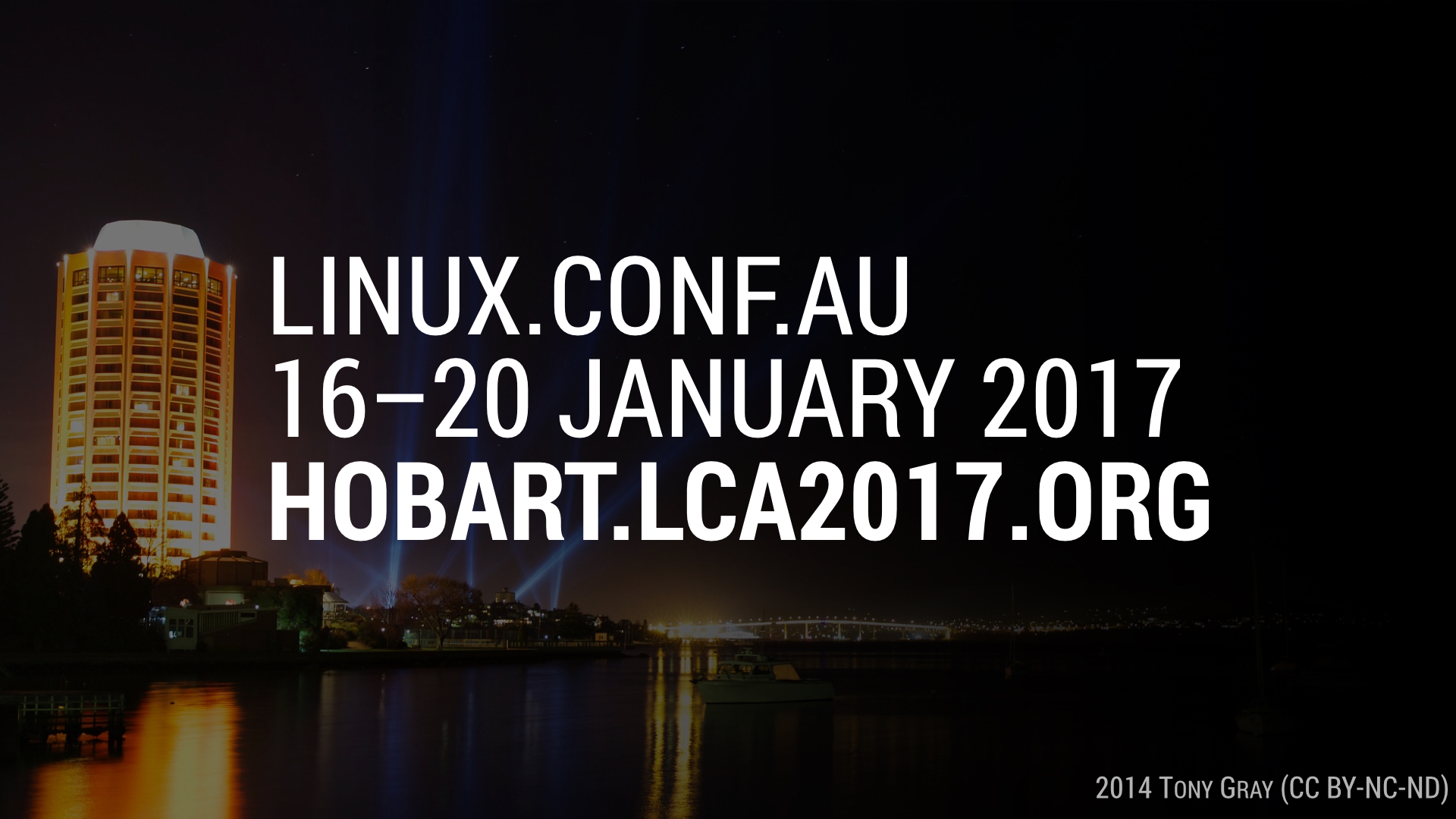